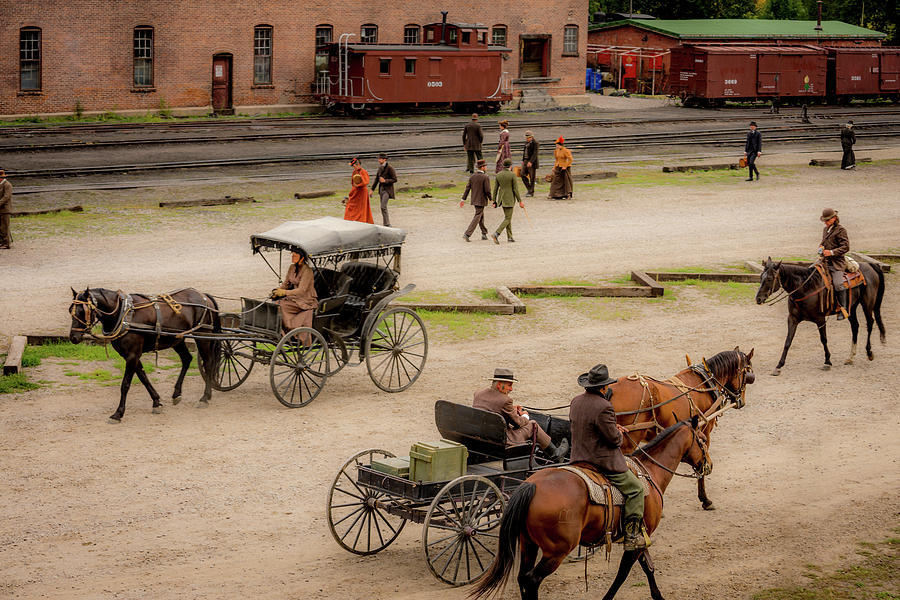 Hostiles - A Day on Set by Debra Martz While spending a few weeks in Chama, NM during September 2016, a filming/studio crew arrived in town. For a week or so, we would go by the Chama train depot to see the design crew at work. They were painting signage for buildings and revamping some older train/passenger cars for what would be a day on set of filming for the movie Hostiles. From early morning until the end of the day, these extras repeatedly did their parts in staging for the scene. Finally, January 2018 the film came to the movie theaters! After going to see the movie, I came home and went through some of the pictures I took that day of filming. The train depot portion is at the end of the movie and while weeks of prep and an approximate 18 hour day for filming, this only took up about 1-2 minutes and not all these extras that spent a full day in period dress made the cut! But what an experience!
PS: Obviously not one of the "hostile" parts of the movie!

Thank you all very much for your comments! ~♥~

This is so interesting, so well captured! l/f

Wonderful work, Debra! What a great opportunity to capture this amazing image!

Thank you! Always wonderful to happen across such an unexpected event!

Thank you very much!

Thanks for going back, Debra, in time to catch an awesome event and capture this feeling of years ago. We in our area seldom see horses anymore. L/f

You’re welcome! Glad you enjoyed this image! I was lucky to be there for the shooting...great experience!

I love this image. Even if it is on a modern movie set...it would fit beautifully into a rustic or western home décor!

Thank you very much!